Sailing the Danube on a new Nicko cruise

As Nicko begins to sell its cruises through agents in the UK, Jeannine Williamson takes a trip down the Danube on its newest ship

Sailing through the Wachau Valley – overlooked by castles and lined with vineyards and apricot orchards – it’s impossible not to smile as I settle into a deckchair after lunch.

Stretching for 24 miles between the Austrian towns of Krems and Melk, the Unesco-listed valley is a highlight on a Danube cruise. A waiter arrives at the table and sets down a Blue Danube cocktail made with curaçao, gin, tonic and lemon juice.

The vividly coloured drink is even brighter than the striking blue bell tower we are passing in the pretty small riverside town of Durnstein. The whole scenario is made even more appealing by the fact that the refreshing namesake cocktail is included in the fare, so it’s tempting to order a second.

I’m aboard NickoVision, the newest vessel in the Nicko Cruises fleet. The name might not be that familiar to agents, but the German-owned company has a decades-long pedigree in its homeland and has partnered with Cambridge-based Light Blue Travel to sell through the trade and raise its profile for dedicated English-speaking cruises – with a high number of inclusions, such as excursions, an open bar and tips.

This year, the Nicko portfolio features 25 river ships – sailing on the Danube, Rhine and their tributaries, Elbe, Rhône, Saône, Seine and the Douro – as well as the expedition ship World Voyager and the ocean vessel Vasco da Gama. 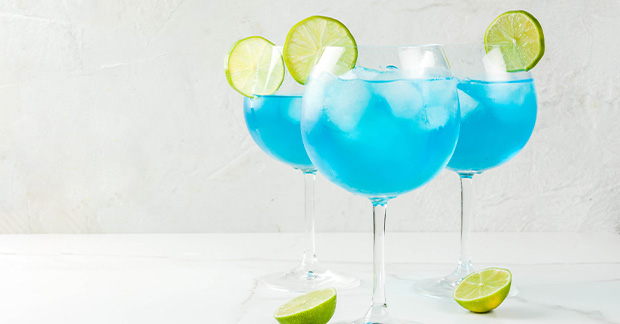 We embarked in Passau and as well as big-name stops, including the grand Austrian capital Vienna, the cruise stopped at some interesting lesser-known ports of call and offered unusual optional excursions.

The walkable town of Ybbs is home to the first hydroelectric power plant on the Danube and on the waterfront we took photos under an old turbine propeller.

Tours of the power station are available, but a minimum number of passengers need to sign up, so it didn’t run on our cruise. That said, we didn’t miss out on any of the main sights during the week.

Included excursions showcased the highlights of Vienna, Budapest and Bratislava, providing a great overview for first-time visitors. As I’d been to them before I decided to do my own thing and set off with the aid of helpful maps and tips provided by the cruise director and front desk team. 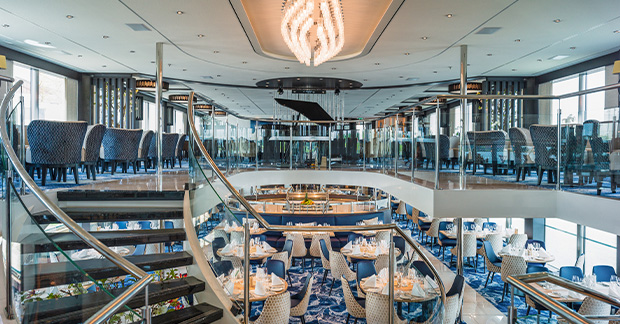 In Vienna, within walking distance of NickoVision’s docking spot, is the Prater amusement park with its landmark big wheel dating from 1897, which turns slowly to provide a sedate overview of the surrounding city and riverscape.

For thrill seekers more recent additions include a variety of white-knuckle rides. Similarly, in Budapest there are contemporary alternatives to the traditional sights of the Royal Palace overlooking the river on the Buda bank and, on the Pest side, the imposing statue-lined Heroes’ Square and parliament building modelled on the UK’s Westminster Palace. 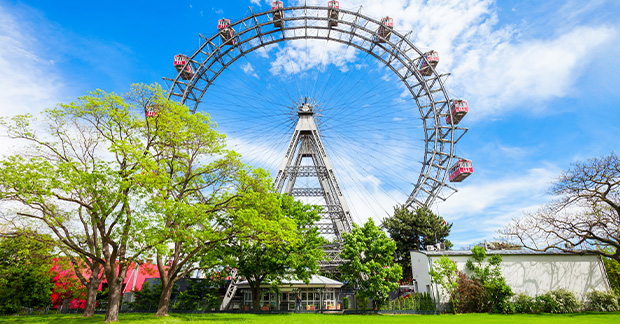 I had lunch at Karaván, an atmospheric street food court, tucking into langos, a deep-fried flatbread topped with sour cream and cheese, before heading into the Szimpla Kert ruin bar next door.

Ruin bars are a Budapest phenomenon, breathing a new lease of life into dilapidated buildings and packed with all manner of quirky objects such as a bath used as a table. With ample time to explore in each destination, I never felt rushed.

In Melk, a must-see sight is the 18th-century Benedictine Abbey perched high on a craggy outcrop. Afterwards, I opted to stroll back to the ship through the cobbled town and forest walk. Back on board, NickoVision is a very comfortable ship with well-equipped cabins, the majority with French balconies, and charming crew members who are always on hand to help.

There are three places to eat – a relative rarity on river ships – and flexible dining times. Menus offer a selection of tasty and well-presented dishes covering local specialities, such as Austria’s famous dumplings, and international cuisine, along with daily afternoon tea.

Each night after dinner there was live music in the lounge including modern tunes and, unsurprisingly, a few renditions of the famous Blue Danube waltz by Johann Strauss. With its “time to discover” and “slow cruising” slogans, Nicko Cruises focuses on discovery-rich and immersive cruise experiences.

I certainly enjoyed overnights in Vienna and Budapest, which offered the chance to combine organised shore tours with independent exploration. And there was still plenty of time to enjoy another Blue Danube cocktail or two. 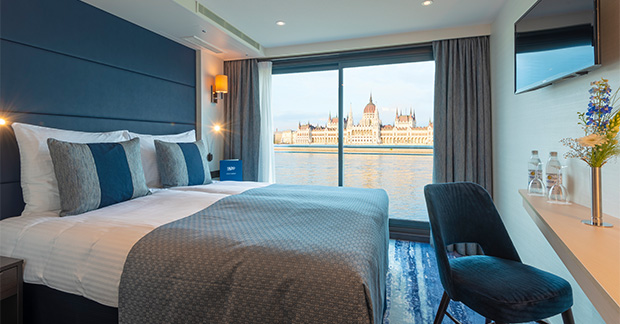 “Nicko Cruises is one of the most dynamic river cruise providers in Germany and has been building support in the UK market. In recent years, the company has evolved from a leading river cruise provider with 30 years of experience into a provider of small ships with a destination-oriented ocean programme.

“Cambridge-based Light Blue Travel is the UK representative office for Nicko. Building on the concept of offering something unique for the UK market and easy to sell for the UK trade, Light Blue Travel offers a fully inclusive package for UK customers including flights, transfers, gratuities, Wi-Fi, a drinks package and shore excursions, meaning agents can book and earn commission on the full package.

“Although Nicko is a German company, it is dedicated to working with the UK trade and offering a programme of English-speaking cruises, which will be featured in Light Blue Travel’s dedicated UK brochures and UK website.

All cruises are commissionable and we are planning a series of fam trips, with both ocean and river programmes throughout this year. Training and webinars are available and a river cruise academy is launching this year.” 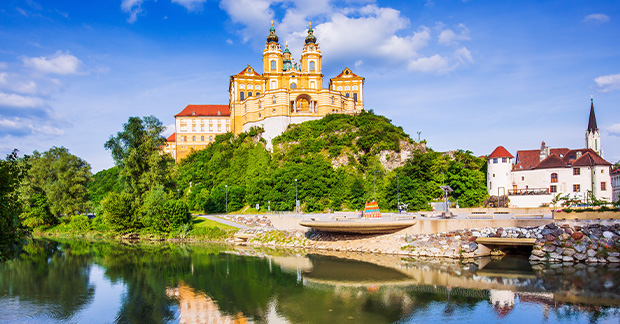 The flagship of the Nicko Cruises’ fleet, NickoVision has broken the mould of traditional river ship design, which is a tough task given that vessels are limited in length and height to fit into locks and beneath bridges.

However, Nicko has managed it with a sleek and classy vessel that incorporates split levels that make it seem particularly spacious and filled with light. Instead of the traditional lounge bar on one deck, the lounge leads down a flight of steps to the bar at the front of the ship, with an alfresco area that provides a perfect spot for a nightcap on warm days.

Similarly, there is no full ceiling covering the main dining room, which can often make river ship restaurants hot and noisy. Part of the 160-seater restaurant is open to the natural light from the lounge, which again gives a feeling of space.

Also notable is the Manhattan, a stylish 50-seater jazz-themed dining room. It serves exactly the same menu, but in a more-intimate atmosphere. Additionally, there is 24-seater Mario’s Grill, serving burgers and pasta at lunch, and becoming a speciality steak restaurant at night; bookable in advance and at no extra fee. 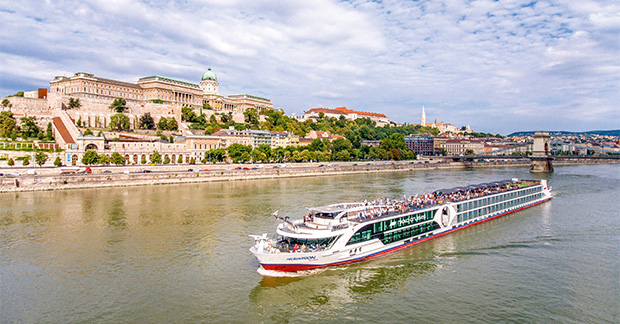 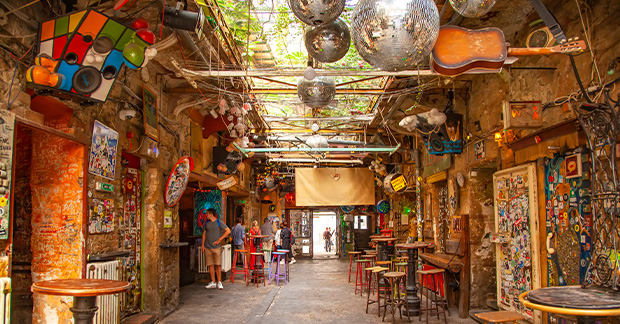 How to sell polar cruises