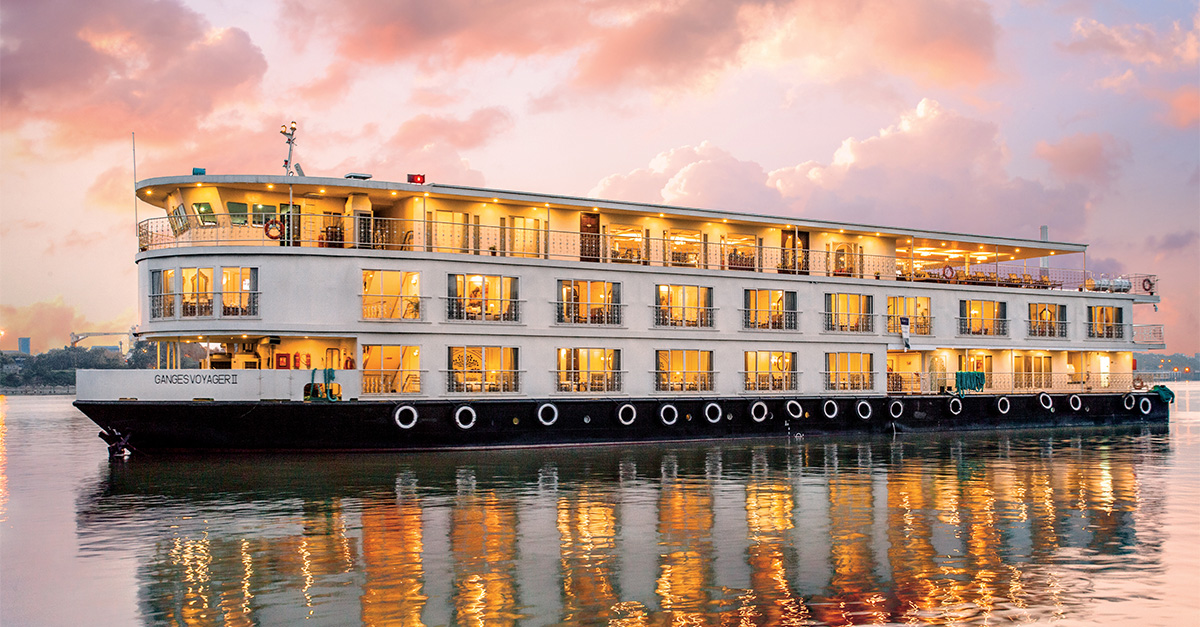 I hear the city of Matiari long before I set foot in it, as the clang, clang, clang of the copper pot beaters plying their trade echoes out across the Ganges. Never heard of Matiari? I’m not surprised. Like many of the places I’m visiting on this cruise along India’s holiest river, this village is so far off the beaten track that there are no roads in.

Women in colourful saris have to queue at the village pump for water that’s switched on twice a day for only two hours. We walk through narrow, dusty streets, peek into noisy workshops where workers proudly display their goods and smile sweetly as our Western looks attract the crowds.

India is an amazing country and this cruise is turning out to be a brilliant way to experience it, with history, culture and colour from the moment you arrive in Kolkata, where most Ganges cruises start and end. Kolkata is full of life, with people, cars, buses, food stalls, rickshaws and tuk-tuks vying for space on the roads and pavements as our bus driver negotiates his way through the crowds.

We’re on our way to see the magnificent white-marbled Victoria Memorial (pictured) built in memory of Queen Victoria, and the colourful Mullick Ghat flower market, where there are hundreds of stalls selling thousands of flowers for use as temple offerings and prayers.

It’s an unforgettable experience, which neatly sums up this cruise. We ride in rickshaws, visit ancient terracotta temples, learn why the Ganges is so holy, catch a glimpse of a river dolphin now and then – pink and shy, unlike their ocean-going cousins – and tour a grand palace built in the 1830s in Greek Doric style with 1,000 doors (some fake to foil intruders).

But the best is kept to last – almost. It’s the penultimate day and we’ve come ashore in Mayapur for some peace, love and harmony courtesy of the Krishna Consciousness Movement, which has its HQ here.

I’m met by a round-faced man in a white smock chanting the Hare Krishna mantra into a microphone attached to a cart pulled by a bicycle, as his disciples, clearly in nirvana, dance and join the chanting. “I want whatever they are on,” a passenger whispers. We agree we’ve had some amazing experiences on this cruise, and this goes down not only as the most memorable but also the most unusual.

Uniworld River Cruises’ 13-night Golden Triangle and the Sacred Ganges cruise pairs a land tour of Delhi, Agra and Jaipur with seven nights on the river. It departs on December 5 and is priced from £5,499, including international and internal flights, all accommodation, transfers, excursions, drinks and tips.
uniworld.com